Earlier this year, Blonde Redhead released Penny Sparkle, their third album for 4AD and eighth in total. Joined here by Henrik Von Sivers, who worked on the new album as one half of production duo Van Rivers and The Subliminal Kid, the session sees the band offer striking interpretations of several standout tracks from the album.

The five songs were shot at Integrated Studios in Tribeca, New York on 11th August 2010 and comprise the first 4AD Session to be filmed in America. The sparse lighting creates a suitably ethereal setting, allowing the band to showcase their emotionally resonant music in an environment more intimate than fans may be accustomed to.

Blonde Redhead tour the US throughout November before joining up with Deerhunter and Ariel Pink’s Haunted Graffiti for two 4AD curated shows in Japan in January next year. More details HERE. 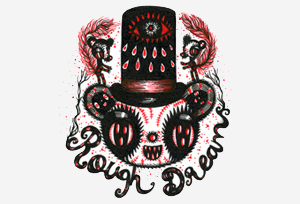